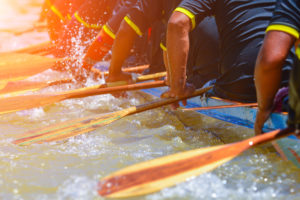 In 1951 there was a study at Swarthmore College conducted by Dr. Solomon Asch.  The experiment was designed to evaluate a person’s likelihood to conform to a standard when there is pressure to do so.

A group of participants were shown pictures with lines of various lengths and were then asked a simple question: Which line is the longest? The tricky part of the study was that only one person (of the group of 5) was a true participant, the rest were actors with a script and the actors were instructed to give the wrong answer.

Asch found that subjects went along with the group (conformed) on 37% of the clinical trials even though they knew they were giving the wrong answer.

In a different variation of the experiment, Asch gave the naïve subject a partner, who gave the correct response.  With a partner, they found conformity dropped from 37% to 5%. Yes, a positive change by 32%.  Wow!

So why don’t we do these things?  Why do we conform to the world?  Why do we let other people with other priorities tell us what is best?